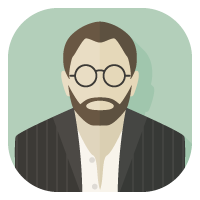 Welcome to my blog. My name is Gary, and through no plans of my own, I became a landlord. I inherited a house from my grandmother, which I didn't want to sell for sentimental reasons. Then, two years later, I had to move out of the house I was living in due to a job transfer, and as I couldn't sell it, I turned that one into a rental as well. As a surprise investment property owner, I had to learn a lot about the trade, and now, I have a lot of info on everything, from energy efficient toilets to repair and restoration floating around in my brain. Why keep it all to myself, I thought, and I decided to start this blog. I hope you like it.

In a new house, everything is well done and perfect. But, with time, you will notice the house deteriorating. One area, in particular, that is hard to ignore is the plaster degradation on the ceiling. It is recommended that you repair any plaster issues before the situation gets out of hand. But at times, the ceiling might be far gone, and fixing would be a waste of money. In such cases, plaster replacement is the best solution. Here are signs that your home needs a plaster ceiling replacement:

If only one room in the house has plaster damage, there is no need to replace the entire ceiling. Ceiling repair on the damaged sections is enough. But if the issue is widespread and affects multiple rooms, then there is a reason to be concerned. Extensive plaster damage could signify that the entire plaster job is worn out, and fixing it will only hold it for some time. So, avoid waiting until you begin dodging fallen plaster pieces from your ceiling, and get an expert to fix the issue as soon as you notice it.

Essentially, a good ceiling should appear flat and levelled. Unfortunately, most people do not realise that they have a sagging ceiling until it is too late. Experts recommend that you inspect your ceiling every few months to find out if it is sagging. Sagging plaster means that the ceiling has pulled away from the anchor point. That is dangerous as it can fall off at any time. The best way to correct this is by replacing the entire ceiling.

The other sign that it is time to replace your ceiling is when you notice discolouration. The discolouration is mainly caused by water leaking from the roof. When most people notice the stains, they make the mistake of applying stain-blocking paint. Though this might hide the staining, it will not solve the underlying problem. As the leak worsens, the discolouration gets more extensive, leading to ceiling deterioration. As a general rule, the bigger the stain, the sooner the ceiling will need replacement.

Note that replacing the ceiling is not a DIY project. So, if you notice any of the highlighted issues, you need to find a plaster ceiling replacement company to handle the task. The professionals have the right skills and tools to replace or repair your ceiling while reducing errors.